Teen Press Leave a Comment on Fotoreportaj – The Diskery 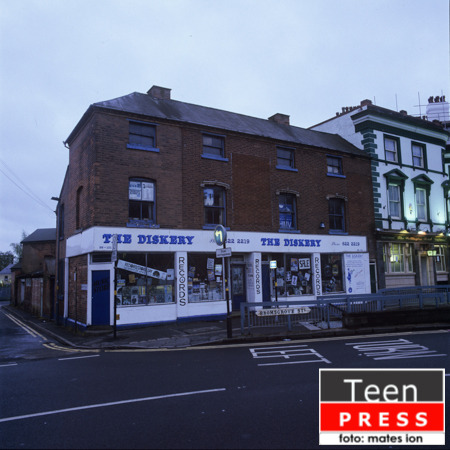 The Diskery is a shop with its own personality. Starting as a single man’s passion for music, the store saw many music lovers and even celebrities. Located in Birmingham, it is likely to be one of the oldest record shops in the United Kingdom. Jimmy Shannon shares a bit of his 40 years working here:

INTERVIEWER – How did The Diskery start to take shape?
JIMMY SHANNON – The Diskery started to take shape in 1952 by a man called Morris Hunting who, from his love of jazz music and blues music, used to buy jazz and blues 78s (records) but in an effort to make things a bit easier for him he would maybe send off to America for them. Instead of sending for one, he might send for 4, 5 or 6 knowing that other friends and enthusiasts would buy them off him which would help the cost of the posting. So he’s a great music lover anyway, plus that all the 78s you could buy in this country had that same style of music. Then he opened the shop after he had a car accident and the compensations he got from the injuries of that helped him on the money side. So after dealing in jazz records only to start with, I think what must have happened was that the ordinary everyday people were actually being exposed to popular music which was exploding at the time. It was a new way of enjoying your free time, enjoying music, the radio etc. I’m sure he must of thought himself “These people are asking for the likes of Bing Crosby, Ruby Murray, Tony Bennett”, all the singers of the day, and therefore he would open accounts with the certain record companies that started to stock this popular music and it just grew from there. Other styles of music that then exploded and he would’ve delved into would be soul music, rhythm & blues music, blues itself, there’s a difference between blues and R&B. Then in the 60’ when a west-Indian-early-reggae kind of music emerged, he would’ve stocked that because of the large west-Indian population in Birmingham although there were shops in places like Handsworth and Lozells who also sold this, and therefore any kind of music form that came along and the shop was aware there was a market for, it would stock. 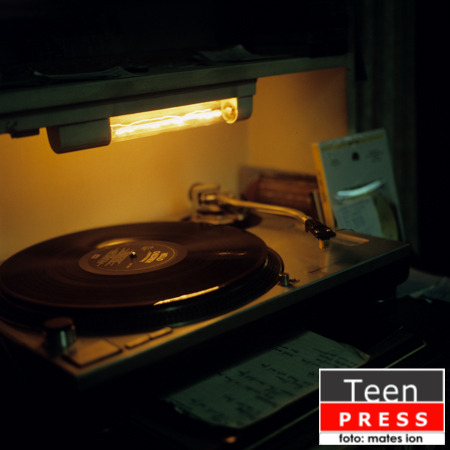 I. – What were the customers like? What kind of people came into The Diskery?
J.S. – I would think mainly working class people, everyday people and middle-class people too, anybody and everybody really, although the stores in town all had record departments, quite good ones as well, but there were obviously areas of music they weren’t prepared to stock or take the risk on, which Morris was; other people who worked for him gave him guides on their thoughts as well, so the shop had a great wealth of stock of music. 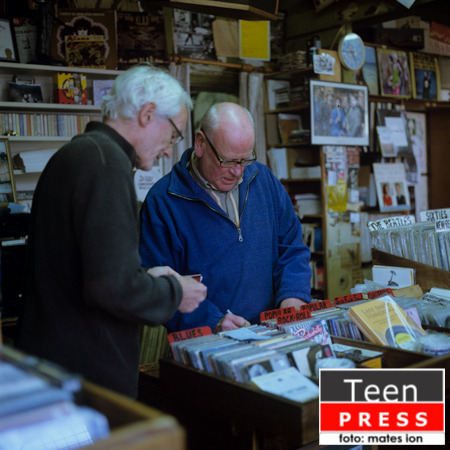 I. – Given its age, did The Diskery see any celebrity customers?
J.S. – Loads. I’ve been working here 46 years nearly. Before my time people like Frank Sinatra Jr, Tom Jones, Robert Plant, all the members of Black Sabbath, other members of Led Zeppelin, Joe Cocker, Stevie Winwood, other members of the Spencer Davis Group, all the members of Slade, mainly anybody from the West Midlands used the shop; people from The Move, Wizzard, all these people in their younger lives would’ve used the shop at one time or another. American jazz musicians, there were plenty of those, lots of American rock musicians and recently, across the road from us in a hundred yards, there’s the O2 Arena which has a lot of plans that we’re not familiar with but they have a following and you quite often have some of those artists come into the shop because they have a great love affair with vinyl, not just as it emerged recently. There’s always been a love affair with musicians and the old format, so we get a lot of musicians that are probably bigger and more well-known than we know actually. 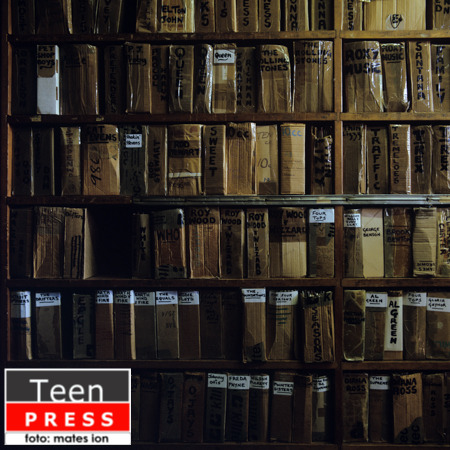 I. – Speaking of vinyl, what makes it so special?
J.S. – I always thought that one word is “warm” or “warmer”. It isn’t as cold as digital. There’s hundreds of thousands of people out there from different generations who probably have never ever heard anything except a digital sound. I’m not criticizing it, if they did hear that old analogue sound, as it’s called or traditional-kind-of sound, I think a lot of people would fall in love with it because it’s just a cozier sound. 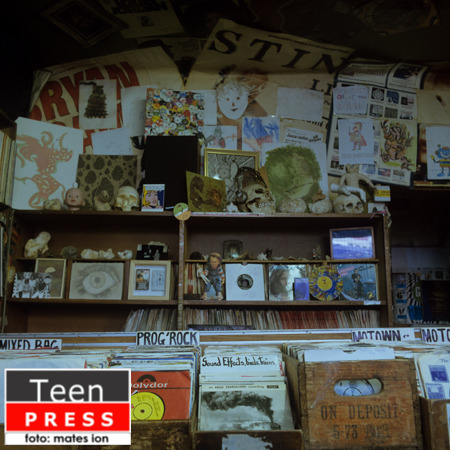 I. – How do you feel selling record in this digital age?
J.S. – I think we’re a champion, to come through the digital age, to still be doing as well as we always have done. It’s quite good for the scene and I think it’s a big pat on the back for this shop. We’ve gone about what we do in our own way; there are no set patterns for that so obviously we try to do what we do well. It’s a very wide selection of music, we buy lots of music in good condition only and there are lots of styles of music that we don’t want to know about anymore because we’ve got plenty of it and nobody is buying it. So we’re very happy. CD’s will go out the window sooner or later; records will outlive them, how phenomenal is that? It’s almost that the quicker the replacement format comes along, it kills the old format but nothing’s killing vinyl.